A World Made of Words: Don't Give Up on Teaching Vocabulary 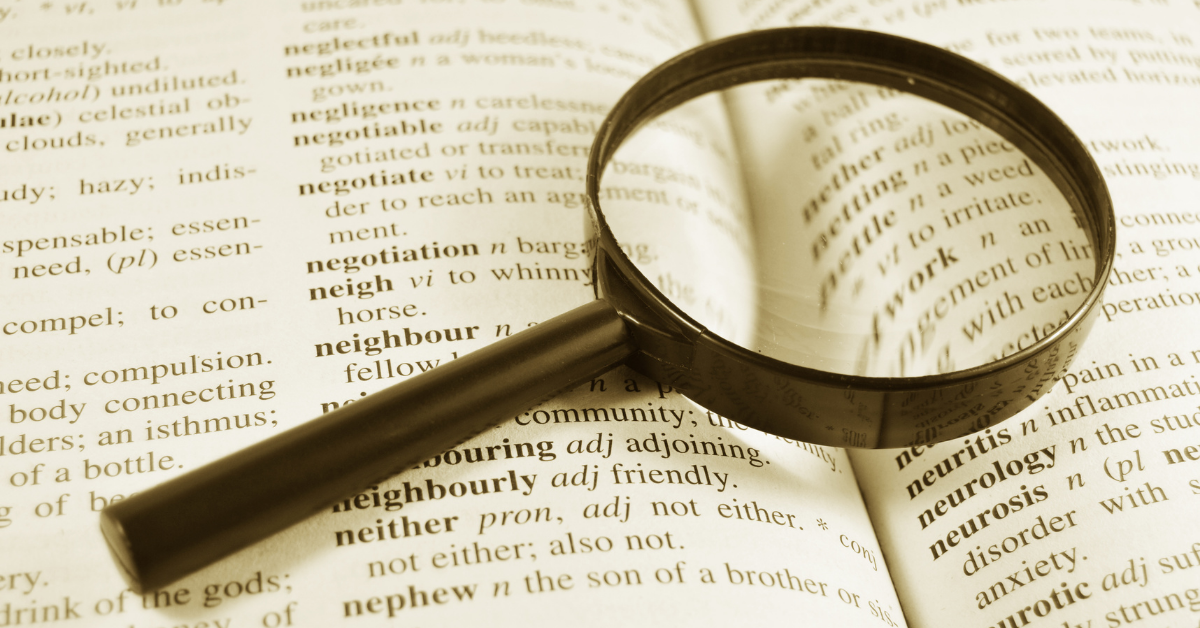 In May of 2019 the Guardian updated its style guide and publicly announced that they would be changing their use of terms regarding the environment. "Climate change" was replaced by "climate emergency, crisis, or breakdown." Editor-in-chief, Katherine Viner explained, "The phrase 'climate change' for example, sounds rather passive and gentle when what scientists are talking about is a catastrophe for humanity." Several other media outlets followed the Guardian's example.

We were taught in upper elementary school that 'word choice' is a tool that writers use to make their writing come to life, but that description grossly undersells the power of language. Word choice, analogy, and the skillful use of language are the most powerful tools we have as activists, advocates, entrepreneurs and agents of positive change.

In a recent Boston Globe article, four-time presidential candidate Ralph Nader accurately stated that, "Whoever controls the language gets a big head start in the battle for public opinion. Choosing words carefully is fundamentally important to effective communication."

We make our words, and then our words make our world. So it's concerning to note that vocabulary tests of U.S. students reflect a steady decline since 2009. We're losing our power of expression, and, as with many of our educational concerns, this is an issue of equity. Vocabulary skills represent an economic divide: "a seminal study in 1995 found that children whose families were on welfare heard on average 616 words per hour, while children from wealthier families heard 2,153 words per hour." "These results," said Sharon Darling, president of the National Center for Family Literacy, "have been shown to last into adulthood." And whoever controls language controls public opinion.

Part of this vocabulary decline undoubtedly correlates to the overall decline in reading as students spend more time on screens and less time with books. Also, many teachers have moved away from the traditional "drill and kill" method of vocabulary and spelling instruction--finding it less engaging and effective than desired--and have not yet replaced it with a more engaging alternative. But there are other options.

"Making a game or competition out of it is a better way to let students engage with their peers, boost motivation with a friendly competition and spotlight the well-deserved achievers in a classroom or school district," says Lisa Lombardi, president of WordMasters Challenge. Their non-traditional approach to teaching vocabulary requires students to develop a deeper understanding of the words, thus increasing memory and comprehension. "Practicing analogies is something everyone can do," adds Lombardi, "and the competitive aspect is engaging. It helps students work toward a goal."

WordMasters is a national competition for students in grades 3-8 that encourages growth in vocabulary and verbal reasoning through higher-level word comprehension. Unlike other language arts competitions that focus on isolated mechanics, WordMasters challenges students to complete analogies based on relationships. Ample research supports the use of analogies to help people of all ages comprehend change and find similarities in the unfamiliar. By teaching students how to apply analogies to unfamiliar changes in life, they can more closely identify with their school and peers when challenges occur.

Third-grade teacher Susan Holcomb, from Spartanburg School District in South Carolina, has been engaging her students in the WordMasters national competition since 1999, and has an anthology of success stories. "A lot of the children that have excelled in WordMasters have become our National Merit Scholars. We've seen a direct correlation between their progress later on and their start with WordMasters in third grade."

In her Reading Rockets article on Higher Order Thinking, Alice Thomas emphasized that "the ability to create similes, metaphors, and analogies is a greater skill than understanding those created by others. A correctly formed metaphor, simile, or analogy indicates that the person understands the subject matter so well that he can make another representation of it. This represents concept connection at higher levels." It's been said, “one good analogy is worth three hours of discussion.”

High-level thinking results in high-level innovations, and high level solutions. Every advance achieved by humanity started as a thought brought forth into words. Ugandan activist Stella Nyanzi, who spent more than a year in prison for her protest poetry, recently told NPR, "My most dangerous weapon is language and words and the intelligence to string up words that provoke a response..." She believes her words will help pave the way for a free Uganda. Is it too grandiose to suggest that an abundance of words, along with the precise and nimble use of them, is one of the best gifts an education can provide?

Kristi is a lifelong educator, published author, national award winning journalist and a writing/literacy teacher and consultant. After working with international and European schools, as well as the US, Canadian, and British militaries, she managed programming for a large Arts and Humanities non-profit. Most recently Kristi worked for a curriculum company as a literacy consultant, instructional coach, and professional developer prior to joining EdCuration in 2019.